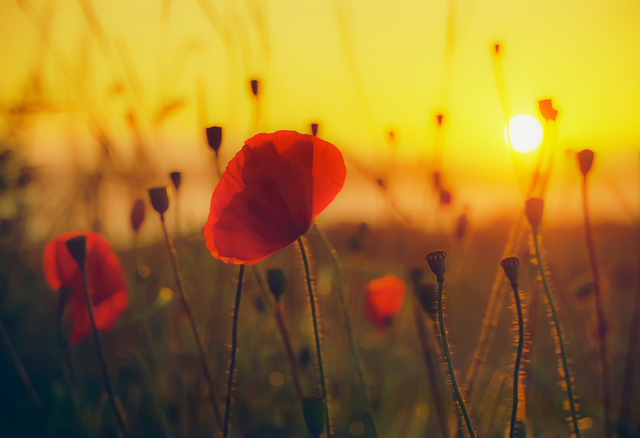 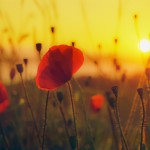 Foyle’s War and My Father, or: Foyle & Franz

‘My husband wants to be like Foyle!’, my English friend said to me, ‘it’s such a great show.’ It was the tail end of a brutal winter in upstate New York when we bumped into each other. Like everyone else, I was frayed around the edges–snow storms and school closures, kids’ colds and heating bills had taken a toll. Shortly after meeting this friend and despite having weathered the coldest February on record, illness came calling with a force I had never known before. Her intriguing recommendation crept back into my mind and the TV series Foyle’s War, which had previously conjured up doom and gloom, was about to draw me into its grasp for the next two months.

It’s May 2014 and I’m in Hanover, Germany. I have just arrived at my parents’ flat after an overnight flight from New York and I’m standing at my father’s bedroom door. By sheer coincidence I’d rung them ten days prior when my mother revealed the news that could no longer be hidden: lung cancer, with at the most a few months to live. Dad has spent the past week after his first round of chemotherapy in bed. He won’t eat and will hardly speak. The treatment, which was supposed to gain him extra time, has in fact debilitated him. As I enter his room and sit on his bed tears quickly come to my eyes. I could never have imagined what I see: my father, his body emaciated, like a little kid in a little bed. He can’t even manage a smile.

That first shock has to settle. I leave the room and find a quiet corner to cry. Later I return to his room with gentle determination. I’ve brought essential oils. Through the coaching of an acupuncturist I am familiar with the points on the stomach and feet that can crank up his appetite. I haven’t touched my father’s belly, or his feet, since I was a child. His feet are cracked and dry but his belly is warm and tan. I apply the grapefruit oil and massage it in, aware that this intimacy is crossing an implicit boundary. Yet he accepts the touch, and when I ask if it feels OK he says, ‘ist angenehm’, ‘it’s nice’. I’ve brought something to my dying father that he is open to, that gives him pleasure in the midst of the illness devouring his body.

Back in New York the following winter, couch-bound during my own convalescence, it feels odd, illicit even, to be watching such an endless stream of Foyle’s War on Netflix. I don’t keep up with current shows. But it doesn’t take long for me to be engaged in the stories unfolding on the screen–the Second World War is a topic that has been on my mind since I was little. After all it was the country of my origin which started it, created unspeakable horrors while blindly following a madman. We read books about Nazism already in elementary school and years later I became a scholar of the Holocaust, a dogged pursuit that sometimes estranged the otherwise fond relationship I had with my father. While he condemned the war as much as I, he didn’t share my outrage. Born in 1944, he grew up in its aftermath. His family had little money and it was the livestock they kept next to their post-war makeshift shelter that helped them through the hardest times. These were the stories my grandmother would tell me when I came to her with endless questions and a need to understand. Nobody else in the family engaged my pursuit for answers. It was a chapter thankfully closed in their minds. This disquieted me and became one more reason to add to my list of why I didn’t fit in. Eventually I would leave my entire family behind to live in the United States.

Lately the characters of Foyle’s War have become akin to family for me. I’m surprised that besides being engrossed in war stories told from entirely new angles, there’s something else–almost palpable–that lingers after each episode. Sick and alone when my daughter is with her dad on the weekends, I find myself comforted by the gracious interactions of Foyle, Sam and Milner. I trust them–they personify good during a very dark time. Detective Chief Superintendent Foyle, as portrayed by Michael Kitchen, unerringly and with exemplary courage does the right thing. His low-key presence is arresting. Despite the tidy endings to the 90-minute segments, something in me is satisfied by the way the characters get through difficult situations. My illness has stirred up deep questions about how I’m navigating my life. I’m moved by the way Foyle steadily charts his course. It’s a miracle to me that he is able to maintain protective boundaries no matter what; and thus his fortitude becomes my beacon.

Miraculously, with the help of infusions and a returning appetite, my dad gets back on his feet again and we spend a marvelous week in Hanover just enjoying life. He makes a meal plan of his favorite dishes, from potato pancakes, to kale and sausage, to breakfast at McDonald’s (yikes!). I drive him to his allotment garden which I mowed in his absence. Badly so. He teaches me how to mow properly and how to plant tomatoes, and when I talk to my cousin one night she exclaims, ‘you sound like the two of you are in the Maldives!’ One afternoon, sitting in his garden I ask him, ‘what do you think the goal in life is?’ ‘Well, to find inner peace,’ he answers simply.

At the end of my stay Dad is able to drive again and wants to drop me at the train station. Caring for him has been profoundly empowering. In the station as we part he kisses me on the lips. I don’t stop him as I might have in the past. Instead I tell him, ‘Ich liebe dich!’ Words I never say in German, though I say them all the time to my daughter in English.

A turn for the worse comes more quickly than anyone anticipates. Five days later I return from New York to Hanover to be with my father. This time he’s in hospital on morphine. The second round of chemo has dramatically weakened him. I stay in the hospital with him while his four siblings come to visit. He doesn’t really want them around, doesn’t need the fuss. At first my father still clings to life, asks me to help him sit up, but soon he is in and out of consciousness. On the third day, again I take out the essential oils and massage the Chinese acupuncture point Gate to Heaven on his sternum. I tell him it’s OK to let go. Driving home under a gorgeous pink evening sky, his favorite rock’n roll song, Bill Haley’s ‘Rock Around the Clock’, comes on the radio and I turn up the volume. He passes that night.

Strangely enough, while I sit on my couch watching people being garroted, stabbed and shot in Foyle’s War, my own healing unfolds. It’s a complete surprise when it dawns on me why I find Michael Kitchen’s smile, his quiet way so charming. He reminds me of my dad­–same height, body type, blue eyes, gray-brown wavy hair. And….like Foyle, my father was a policeman.

At first he worked for the Autobahn police in and around Hanover where we lived. Later he applied for a 9-5 job with headquarters and ended up in the personnel department, ‘pushing paper’. He was an understated man, slowly making his way through the ranks, faithfully doing his work and relaxing afterwards in his garden. As a teenager I considered his life excruciatingly boring and was quick to judge him for his unruffled stolidity, or his smoking habit.

Now, after he is gone, I’m surprised to hear the stories people tell. How you could always count on him to quietly lend a hand; how generous he was in accepting friends’ shortcomings. My cousin’s husband admired my father’s open mind, how he looked at people evenly and didn’t let the surly German flat neighbor bully the Eritrean immigrant with his five noisy boys. I had no idea.

What the actor Michael Kitchen conveys with a look, or a pivot, doesn’t need to be voiced. DCS Foyle’s integrity, his stoicism in the face of condescending superiors calm me. And so it seems that my father, nearly a year after his passing, is back in another body. He must have understood much more than I gave him credit for, letting me fly as he did. During this vulnerable time in my life, living in an adopted country, I’m facing the finality of my father’s absence. I turn to Foyle, surrounded by war, facing down profiteers and criminals, and I, too, want to be like him.